Adapting to our changing climate requires knowledge sharing, data, expertise and involvement from a diverse range of actors and sectors. The bi-annual European Climate Change Adaptation Conference (ECCA) brings together those working on climate adaptation across Europe and beyond to discuss cutting edge science, policy and practice. The fourth European Climate Change Adaptation conference held in May in Lisbon built upon the connections and discussions from the previous conference which took place in Glasgow in 2017. Despite being further afield, Scotland remained well represented at ECCA 2019, promoting, publicising and sharing the successes and learning with European colleagues and partners. 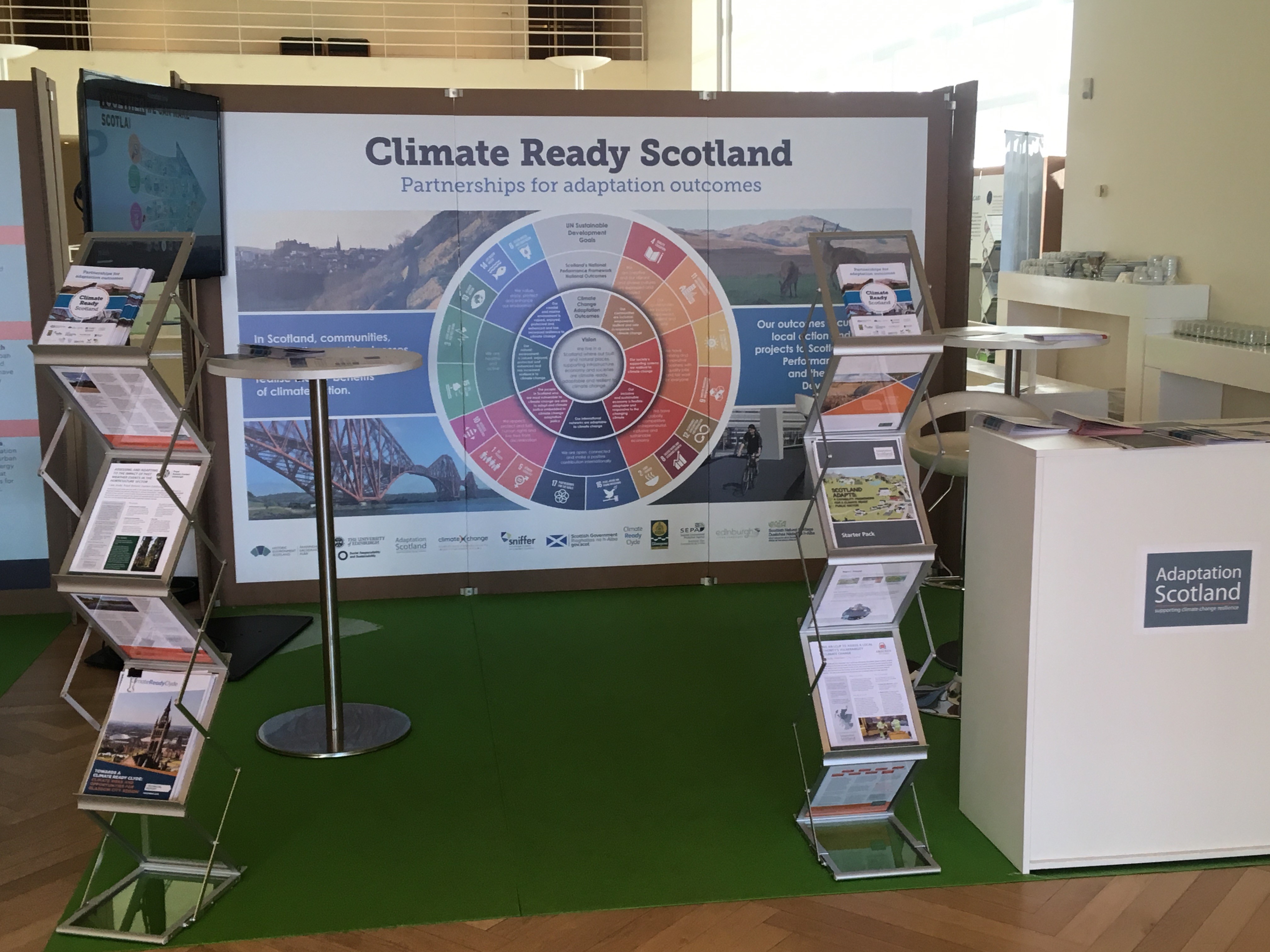 Historic Environment Scotland told the story of their screening of natural hazards to inform a climate change risk assessment.

Collaboration is at the heart of the Scottish approach and was readily displayed at the Climate Ready Scotland exhibit which demonstrated a number of the partnerships driving forward adaptation and highlighted the nation’s holistic, outcomes based adaptation agenda.

A core element of this year’s conference was bringing together the disaster risk reduction (DRR) with the climate change adaptation communities to enhance the resilience of people, places, economies and ecosystems. In addition, ECCA 2019 highlighted the important role of youth involvement and creative arts in climate action.

The conference promoted the communication and knowledge exchange between researchers, policymakers and practitioners, to find integrated solutions and inspire action. More information on the conference can be found here. The next European Climate Change Adaptation conference will be held in Slovenia in 2021. 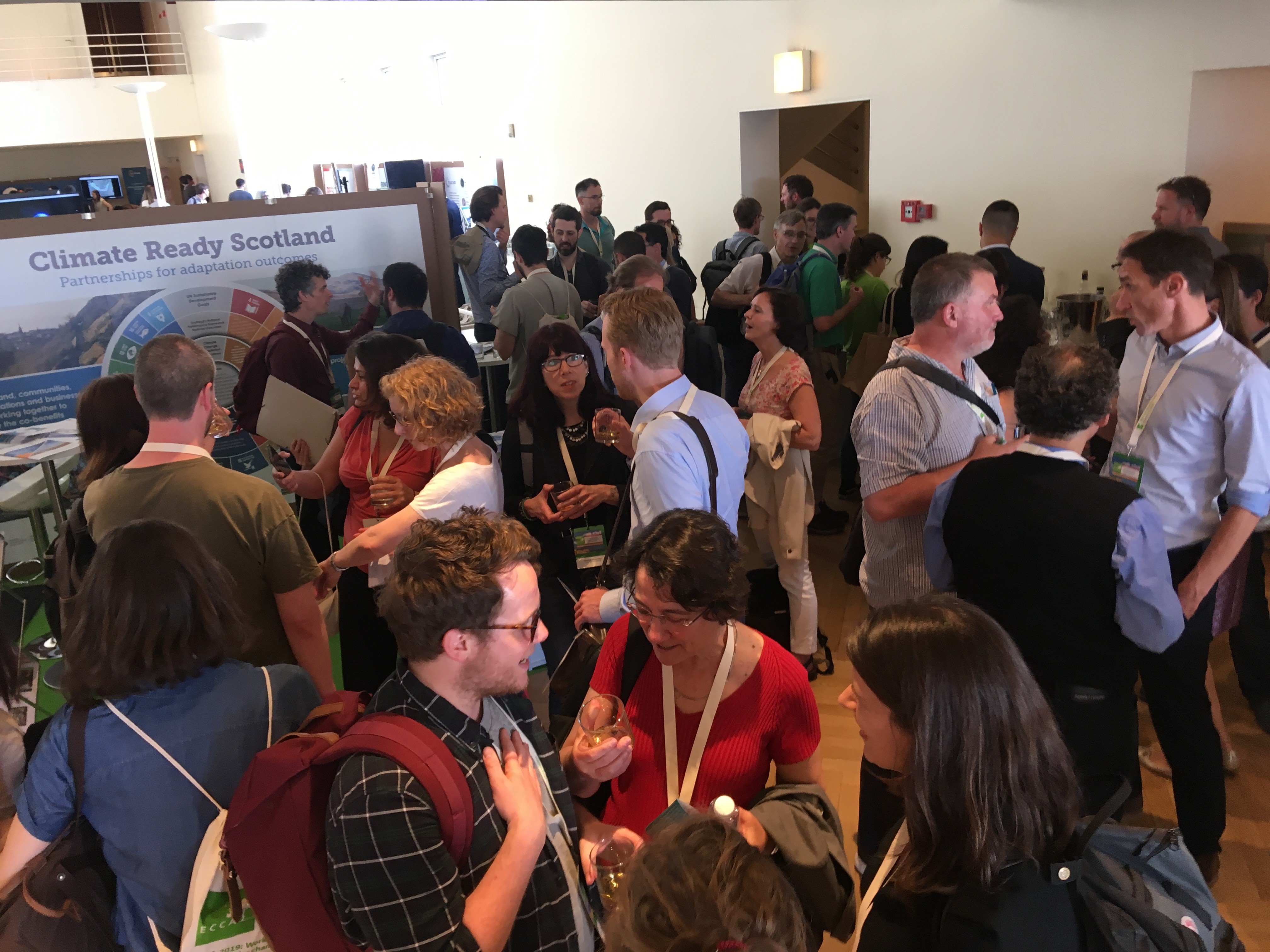